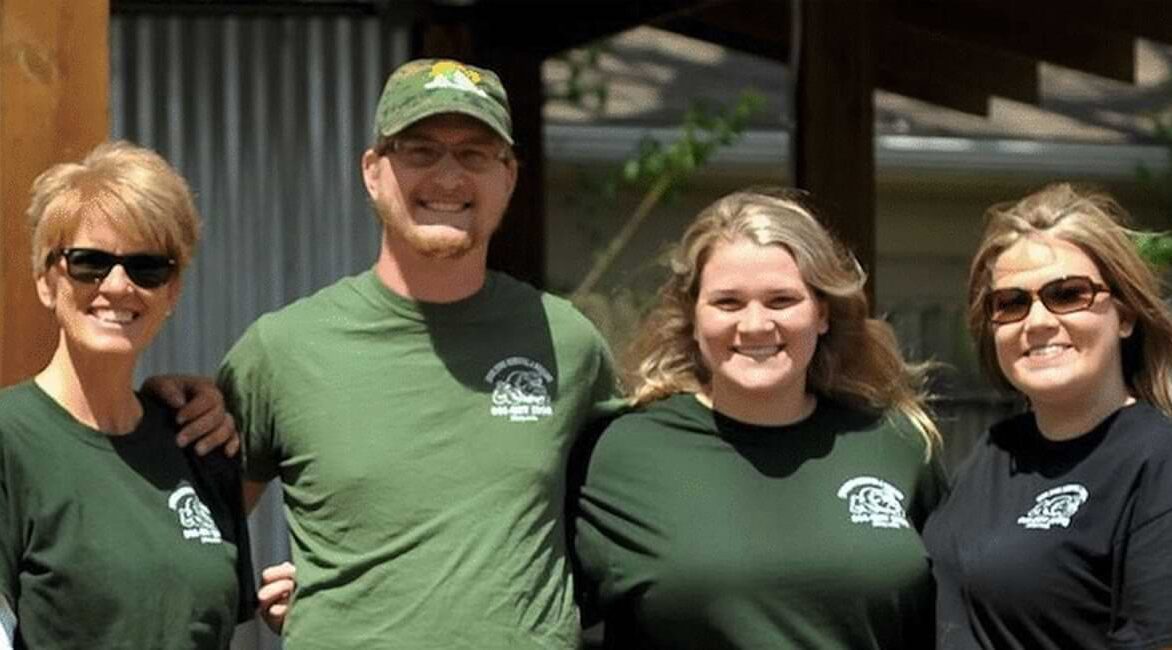 How Military Veterans Can Find Satisfying Careers After Their Service

This blog post will help you understand the professional challenges that military veterans face when reintegrating into civilian life, ways for veterans to help themselves find meaningful careers after their service, and why a career in junk removal may be a fantastic career option they may not have considered.

The National Veteran Unemployment rate is 3.7% as of January 2019

The challenge for military veterans – what comes after taking off the uniform?

More often than not, military personnel is deeply unsure and apprehensive about returning to civilian life. The culture shock comes in many forms, but it’s often even the simple things that civilians take for granted that can become major hurdles for a veteran. Even things like speaking in the first person and mentioning accomplishments are a foreign concept and are met with initial resistance. “You take someone who isn’t comfortable speaking in first person, isn’t comfortable talking about themselves and their accomplishments, and put them in a highly competitive environment, and you say now go sell yourself, and they don’t know how to do that. It sounds like arrogance and bragging. What I try to get them to understand is no, it’s just to help you compete effectively,” says Citroën.

Because of this challenge, veterans tend to struggle with turning their experience into a compelling narrative that they can leverage to find employment. Citroën says that ”it’s about helping them look at what you loved about that work and what made you good at it and putting together a narrative that says I was a logistician in the army and now I want to teach value chain in an educational setting. It doesn’t mean that what you’ve done before is what you have to do going forward.”

But the challenge isn’t just on the jobseeker side but also on the potential employer’s end. According to Citroën, “If you’re a recruiter who gets an average of 250 resumes for every open position, it becomes a bandwidth issue. If you come across someone whose resume doesn’t make sense, they communicate differently, and they’re sitting differently in front of you, it can be very confusing.”

You take someone who isn’t comfortable speaking in first person, isn’t comfortable talking about themselves and their accomplishments, and put them in a highly competitive environment, and you say now go sell yourself and they don’t know how to do that

Only 1-7% of Americans have ever served in the military at any given point in time. (Citroën)

Advice from the experts: How can veterans successfully transition into the workforce?

After helping thousands of military veterans and military spouses successfully transition back into civilian life and find meaningful careers, Citroën believes the key to success is replicating the sense of community, mission, and shared purpose that military members found during their service. “That means getting involved in your local community, getting involved in groups on social media, getting connected to things you’re passionate about, tapping into mentors on sites like Veterati.com. Those are the best ways to ensure that you’re not going to feel alone, and you’ll get resources that you may have never thought about. And of course, my books are also helpful.”

There are many different ways that veterans can reach out and find community, including their local veteran centers and VFW (Veterans of Foreign War) centers, social media groups on Reddit, Twitter, Facebook, and even sites like Veterati.com, which offers free mentoring for any military veteran or spouse and lets them connect with professionals. “I’m a professional, and I can go on and donate a certain amount of hours. Then, a veteran can book me for one of those sessions. I offer free coaching, and I can introduce them to people in my network. Those are safe ways to ask for help,” says Citroën.

Flaishans agrees with the need for connection to ensure a successful transition. “Talk to somebody. There are tons of veterans who have already gone through what you are going through. Even if you don’t know the person – if you find out that someone is a veteran – the majority of veterans have got a ready ear, and they’re willing to listen. They offer a lot of great advice, and they have a lot of great resources.”

A good friend of mine started a wonderful online platform called Veterati.com. It offers free mentoring for any veteran or military-spouse and it connects them with professionals.

Only 2% of veterans feel that they have executives championing on their behalf in corporate America, vs. 19% of civilian men and 13% of civilian women.

Military veterans: Have you considered a career in junk removal?

Ever considered a career in junk removal? Probably not. But maybe it’s time you did. While it’s not a career path that automatically springs to mind, it’s one that many veterans find success, fulfillment, community, and shared values in. One of the most attractive aspects of a career in junk removal is that it’s a service that’s constantly in demand. According to Flaishans, “There’s always someone who needs it – there’s always going to be someone who needs junk hauled off by someone. There’s always security in that.”

So, why are military veterans so well suited for a career path in junk removal? “A lot of people might think it’s beneath them, but in the military, that’s where they started from, and that’s not a big deal to them,” says Flaishans. According to Jerry Flanagan, veteran and CEO of JDog, a national junk removal and hauling franchise with local business operations that are veteran and military family-owned, “There’s a stigma around junk and trash removal: From the outside, it looks dirty and unprofitable. But junk removal isn’t as dirty as you think, and at JDog Junk Removal & Hauling, we’ve definitely shown our franchisees there’s a large opportunity for profit. It’s also a way for Veterans to continue serving as they did in the military. Through JDog, Veterans donate furniture they collect, keep items out of the landfill, and become important members of their community.”

Additionally, the success of veterans in junk removal comes down to the respect, integrity, and trust that veterans have gained from their military service. “In junk removal, a veteran’s character reassures customers that the finished job will not only meet but also exceed expectations. Veterans are trustworthy members of the community, and you’re not going to invite someone into your home unless you trust them,” says Flanagan.

The success of Veterans in junk removal boils down to three key traits: respect, integrity, and trust. Every Veteran walks away from the military with these values, and in junk removal, a Veteran’s character reassures customers that the finished job will not only meet, but also exceed expectations.

Initially attracted by the security of a career in junk removal, the appeal of belonging to the military and veteran community of “JDogs” really helped seal the deal for Flaishans.

“I’m surrounded by other JDogs from other branches of the military service – but we still have that brotherhood.” Flaishans was also impressed by the JDog franchise model, which provided him with training, support, marketing, and all of the tools he needed to succeed – not just during an initial training period but throughout the entire relationship. So while corporate is just a quick phone call or email away, Flaishans is also encouraged to reach out to his fellow JDogs to ask questions, receive support and bounce ideas around.

Another thing that Flaishans loves about a career in junk removal is his ability to set his own schedule, build his own small business, and run it together as a family. “My son just got out of the Marine Corps last December. So this was also a transition for him. I was looking for something we could build together as a family, and he could take over after I retire. I’m also able to see a lot more of my wife than I have in the past – we’ve never been able to go to work events together until now.”

I want to live up to that expectation of being a veteran. When we’re hired for a job people have some vision of military veterans – and so we really try to exceed our customers’ expectations for all jobs.

Workiz is the leading junk removal management software designed to maximize the success of North American junk removal professionals. Workiz empowers junk removal pros to take control of their business, maximize their profits, manage their teams, and delight their customers. Workiz gives junk removal professionals all the tools they need in one, easy-to-use field service software, including real-time job scheduling and assignment, client management, and notifications, team management, GPS tracking, text messaging, invoicing, ePayments, and more. Workiz is free to trial for 7 days (with no credit card required) and offers competitive monthly and annual plans, starting at only $50 a month.

The CEO of LIDA360, LLC, Lida Citroën, is award-winning reputation management and branding specialist who guides the personal brands of international professionals and corporate leaders. A TEDx Speaker, she is also passionate about helping our nation’s Veterans navigate the military-to-civilian career transition and is a popular speaker at military installations and events on Veteran hiring and military transition.

Following a 22-year military career and more than a decade working for the City of Dallas, David Flaishans launched JDog Junk Removal & Hauling Forney. Through his business, Flaishans creates employment opportunities for Veterans and Veteran family members while providing eco-friendly junk removal services to consumers and businesses in his community. Flaishans joined the Marine Corps right out of high school and was an Airfield Operations Chief for the latter part of his military career. He retired in 2007 as a Master Sergeant following more than two decades of service that brought him to California, South Korea, Japan, Kuwait, the Philippines, and Iraq, including two deployments during Operation Iraqi Freedom.

JDog Junk Removal & Hauling is a Veteran-owned and operated national junk removal franchise that empowers Veterans through business ownership and serves customers the way its owners have served their country—with respect, integrity, and trust. The company offers its proven operating model to Veterans and military family members, creating a path for other Veterans to have successful careers and a bright future outside the service. To date, JDog Junk Removal & Hauling has 200 active franchises serving 40 million Americans. For more information, visit www.JDogjunkremoval.com.

How to ask for reviews (it’s not as hard as you think!) 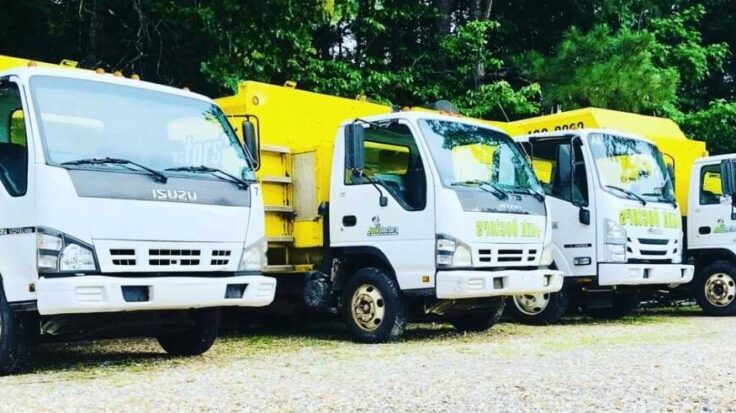 Advice from Junk Removal Authority: The Step-by-Step Guide to Making $1 Million From Your Junk Removal Business 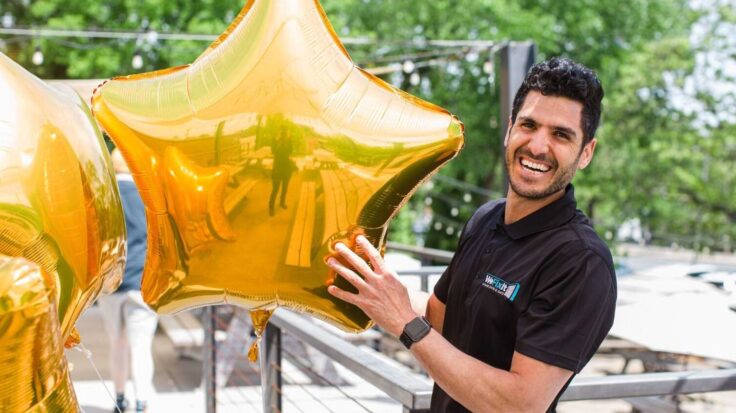 How Should Service Teams Ask for a Positive Review? (+3 Templates!)