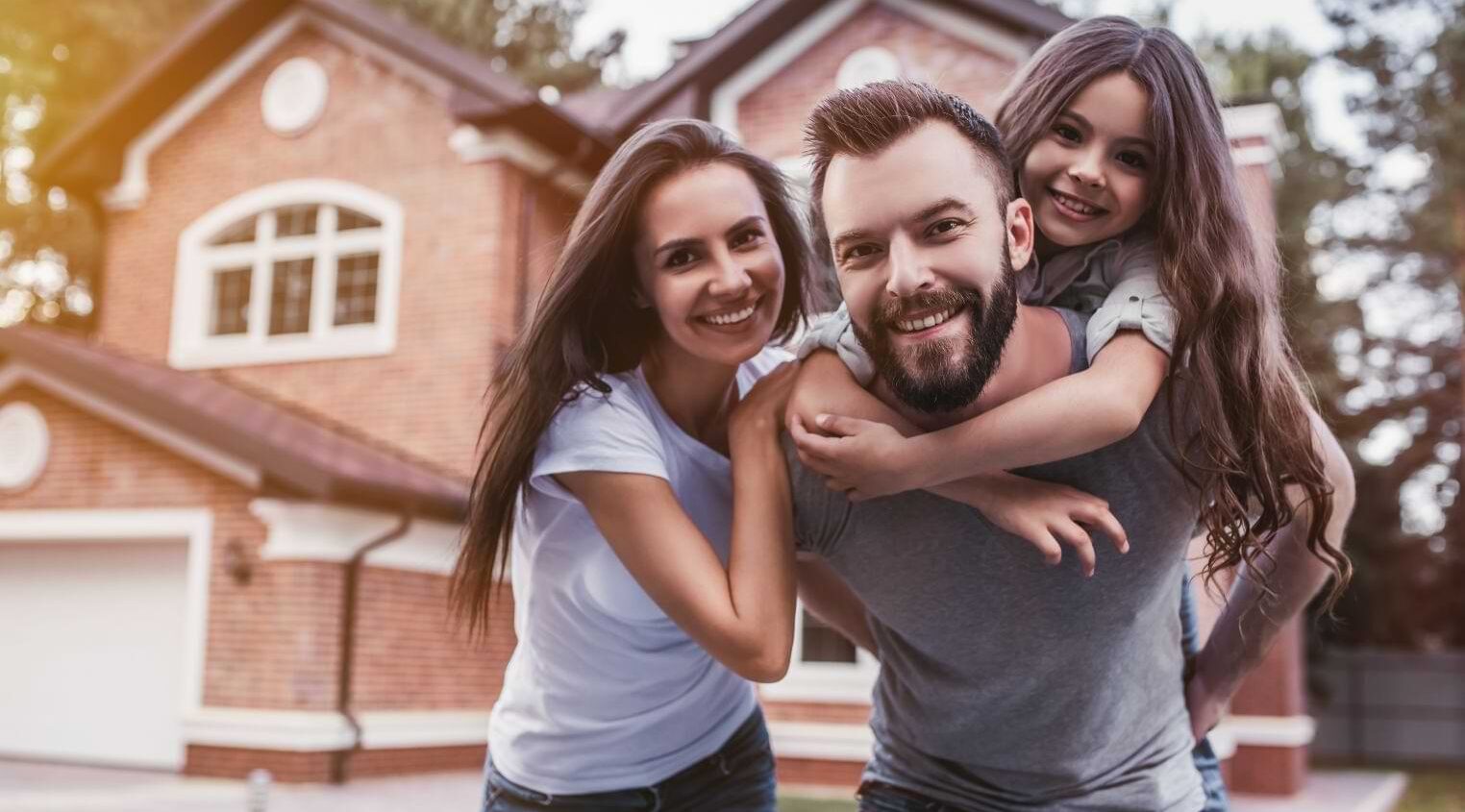 The Road to the American Dream – By Way of Appliance Repair

Have you ever thought about leaving behind your career and starting your own appliance repair business?

That’s exactly what Workiz users and appliance aficionados Mike Sneed and Rochelle Ward did. And now, they’re paying it forward, sharing their wisdom on YouTube and guiding a whole new generation toward appliance repair business ownership and success during a time of unprecedented demand spurred by the COVID-19 pandemic.

Mike Sneed, now the owner and operator of North Carolina-based Sneed Appliance Service, learned the ropes of appliance repair as an engineering student in college, working afternoon and weekend shifts as a repairman at Sears.

“I hated it when I was in college because I always thought I was going to be an engineer, and that’s where the real money was going to be,” Sneed says. But, even then, he was already starting to see the financial perks of appliance repair work. “When I was in college and working at Sears as an appliance repairman, I always had money…I could pay to get my girlfriend’s—or girlfriends’—hair done, and I could go on trips…I had enough money to do everything.”

After his stint at Sears, Sneed did indeed graduate and pursue an engineering career. When the Dot-com bubble burst, Sneed—by then a married man with a young child and a newly-minted homeowner—found himself inconveniently unemployed. He began scrambling between companies offering to work for free, all while witnessing the plumbers, electricians, and carpenters working in his area complaining that they “hadn’t had a day off in two or three years.” Unsuccessful in his own quest to re-enter the workforce, he began talking with these local service professionals, only to find out that “they were making more money than [he] was making as an engineer.”

Sneed had studied electrical wiring in high school—with a teacher he still considers to be a close friend and mentor—and figured that he had enough hours racked up to sit for the electrical contractor’s license test.

“I started studying for the test, and that’s when the entrepreneur bug hit me,” Sneed smiles as he describes the moment he decided to start his own appliance repair business, with the goal of achieving complete professional and financial independence.

In a twist of fate—and as soon as his appliance repair business had gained momentum—Sneed found a job. And not just any job, but the dream job. He was hired as an automation engineer at Intel. But he couldn’t shake his anger at what he calls “corporate America,” so he continued to pursue his passion for appliance repair as a side hustle.

“Before I’d go to work, I’d do 2-3 service calls. At lunchtime, I’d go change clothes, go do a couple of service calls; then [in the] afternoon, I’d go to [more] service calls,” Sneed recalls. “It got to the point that before I went to work, I was making more money doing appliance repair than I was going to make all day as an engineer, even at Intel.” Long story short, Sneed left Intel and never looked back.

In search of technicians to help him out, Sneed tried to tap into the talent at local high schools. After some negotiation with parents and kids who were more interested in sports practice, Sneed was able to set up an informal appliance repair workshop for some local kids (after offering to pay for the gas it took to get them to his shop). Author and YouTube influencer JT Hustlez caught wind of some other projects Sneed was working on and sought him out for an interview. When he happened upon Sneed’s impromptu appliance repair program, he filmed and publicized it, and encouraged a hesitant Sneed to start an official course. The two made a deal that Sneed would start a YouTube channel, and on the condition that it reached 1K subscribers, he would proceed with the course, which would come to be called Appliance Boot Camp.

Those 1K subscribers couldn’t have come fast enough, and today, Appliance Boot Camp is going strong with over 1,000 alumni from all over the US and an active community that stays in touch through a Facebook group. In the course, which started out as a weekend course and expanded into an online and in-person package deal, Sneed teaches participants everything from how to take appliances apart and reassemble them to how to register an LLC and manage an appliance repair business, based on a blueprint of his own business.

Although in the beginning, many participants were coming as clean slates, today, Sneed says, most participants have already jumpstarted their businesses and come to the course with some experience. And while Sneed may be the star of the show, he says that there are 30-40 people—like Rochelle Ward—who “can do exactly what [he does]” and some of them even better. 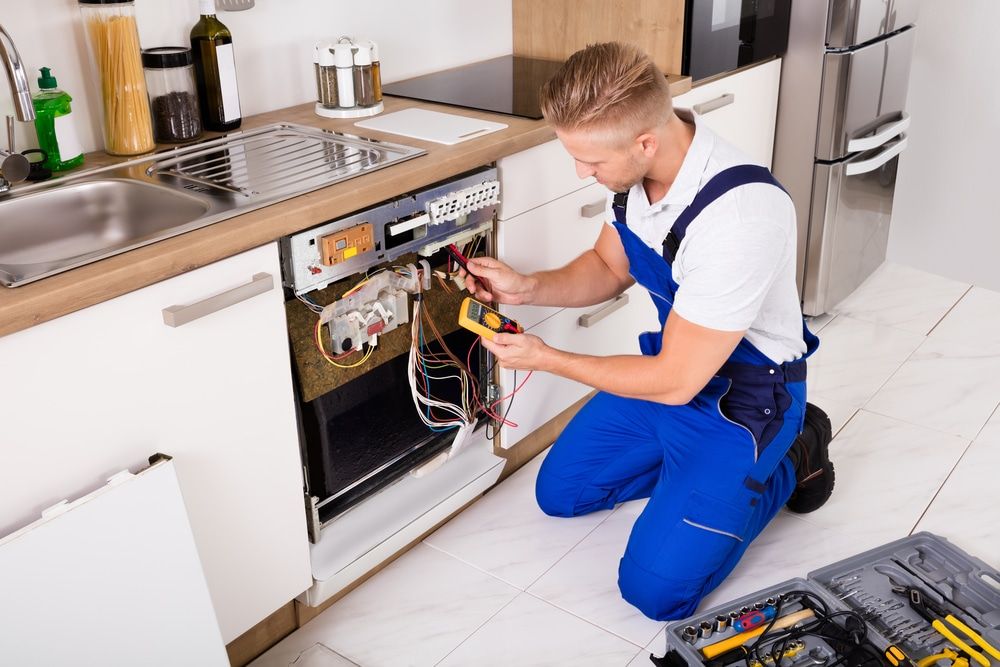 Rochelle Ward: Running an empire and starring in a one-woman show

Florida-based Rochelle Ward, an alum of Sneed’s Boot Camp, started her professional journey in automotive repair, a field she inhabited for 35 years, working her way to upper management and managing hundreds of technicians regionally. She pivoted to appliance repair and is now the owner and operator of Laser Appliance Repair, where she runs a 13-person team and handles jobs herself every day.

Describing herself as a “hands-on manager,” Ward stresses that she never asks people to do something she wouldn’t do. Having grown up with a single mom with 3 kids at home, Ward makes a point to meet her employees where they are.

“One of my biggest things is about inspiring your people. You have to touch them, you have to be there. They have to understand that wherever they are, you have been. And you’ve got to have some type of empathy.”

Part of this itch to inspire drove Ward to start her own YouTube channel, “Solid Steps to Wealth,” in an effort to “blog [her] journey and shed gems along the way.” Through her channel, Ward keeps it as real as it can get, documenting all the successes and disappointments she experiences on her daily service calls and sharing wisdom with every turn of the wheel of her truck (as she usually films on the go and in action).

Ward interacts with her “solid steppers” (as she calls them) through video comments, Facebook, and the consulting pages on her site. And she doesn’t want to stop there. She dreams of partnering with government entities to create a formal training program for dislocated workers. Ward is currently working on a venture to train high school-age kids to fix dryers, as she says this is the appliance that is easiest to fix and teach. Local athletic coaches refer kids with challenges at home, and Ward helps them leverage their intelligence and giftedness so that they can get started in the appliance repair industry and achieve the kind of success that she prides herself in.

She stresses that appliance repair is an industry that opens doors, namely because it requires a holistic understanding of all home systems.

One of my biggest things is about inspiring your people. You have to touch them, you have to be there. They have to understand that wherever they are, you have been. And you’ve got to have some type of empathy.

Both Ward and Sneed talk much about the American Dream, the road to achieving it through appliance repair, and the hesitancy of people to buy in—a phenomenon that may slowly be changing with the influx in the appliance repair business opportunities propelled by the global pandemic. Sneed insists that while young kids are eager to be rappers, basketball stars, or corporate executives, many of them don’t fully grasp the wealth and independence associated with pursuing a career in appliance repair. Ward claims the industry is underserved and that there is a deficit in technicians because of a lack of investment.

“We don’t push people to use their hands and their minds and use their mechanical aptitude—it’s looked down upon. But this is why we have blue-collar millionaires. Because the service industry is where the game is,” she says.

That’s why Sneed started the “Before 12 Challenge” on his channel, an initiative that encourages viewers to post how much money they have earned before noon and to open eyes to the opportunities available in appliance repair, especially for those looking to achieve financial stability and success on their own schedule.

Ward similarly focuses on the lucrative potential of an appliance repair career, describing her viewers as people looking to get into the appliance repair industry as a way to get out of the rat race and build a nest egg.

“They really want to have the American Dream on a whole other level. They’re tired of being serfs,” she says. “They want to be owners.”

Sneed, who recommends that newbies start slowly, with 1-2 repairs a day, and learn everything they can from what he calls “YouTube University,”  sees appliance repair as a serious alternative to “corporate America” and as the most accessible skilled trade, with limited barriers to entry and high earning potential.

“Frederick Douglass…told African American men ‘learn trades or starve’…Even in [times of slavery], they had figured out if you knew how to make skilled trades, then you could earn a living, and you could get a grasp of the American Dream,” he says. “Appliance repair is the last of the skilled trades that don’t require a contractor’s license…appliance repair doesn’t have [the extensive educational, training, and regulatory requirements and quotas], but it makes just as much money as you would if you were a plumber, an electrician, or an HVAC contractor, without the bureaucracy.”

Watch our full interviews with Mike Sneed and Rochelle Ward: 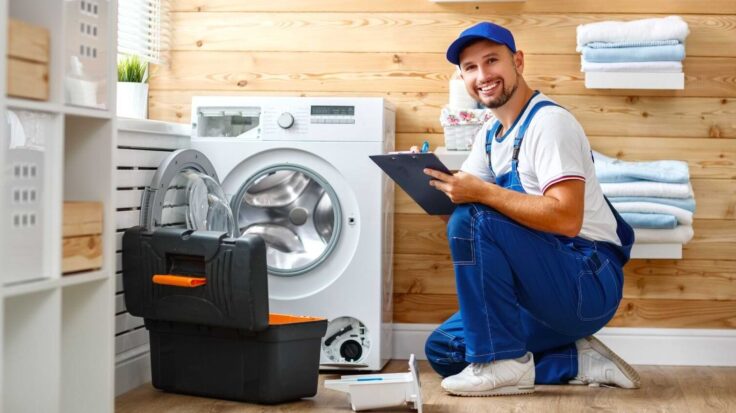 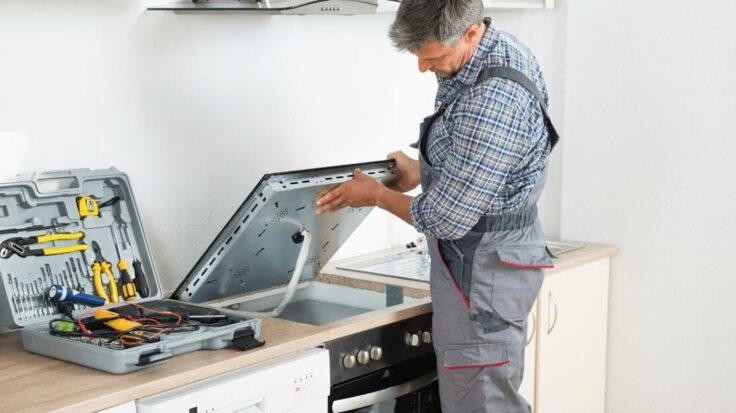 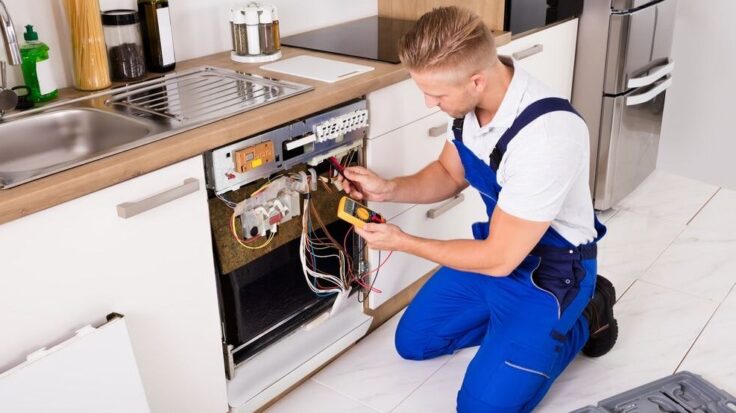 Grow your business with Workiz
Book a demo
Save your spot